A Winter Celebration of the Sun

Throughout history, societies across the world have held festivals and ceremonies marking the winter solstice, the day of the sun’s “rebirth”. Winter solstice celebrations often honored the symbolism of nature, fire, and light, along with life, death, the rising sun, and the moon.

“Glaciers” by Scott Director demonstrates the wonder of nature as told through five musical vignettes. This piece conjures the image of incredible ice formations, and later we hear the destruction of the massive ice structure as it crashes into the sea with the rising sun.

Another selection, “Snow Caps” by Richard Saucedo, draws musical inspiration from the awe-inspiring, snowy peaks reflecting the sun’s glow off the Rocky Mountains. Richard Saucedo has composed an invigorating work for concert band that is energetic, contemporary, and uplifting.

These selections and several others performed by the Tampa Bay Symphonic Winds will captivate the audience to imagine vivid, snow-covered landscapes in the process of change during the Winter Solstice.

Visit our website for more information about the ensemble at www.tampabayprideband.com

Program to be announced 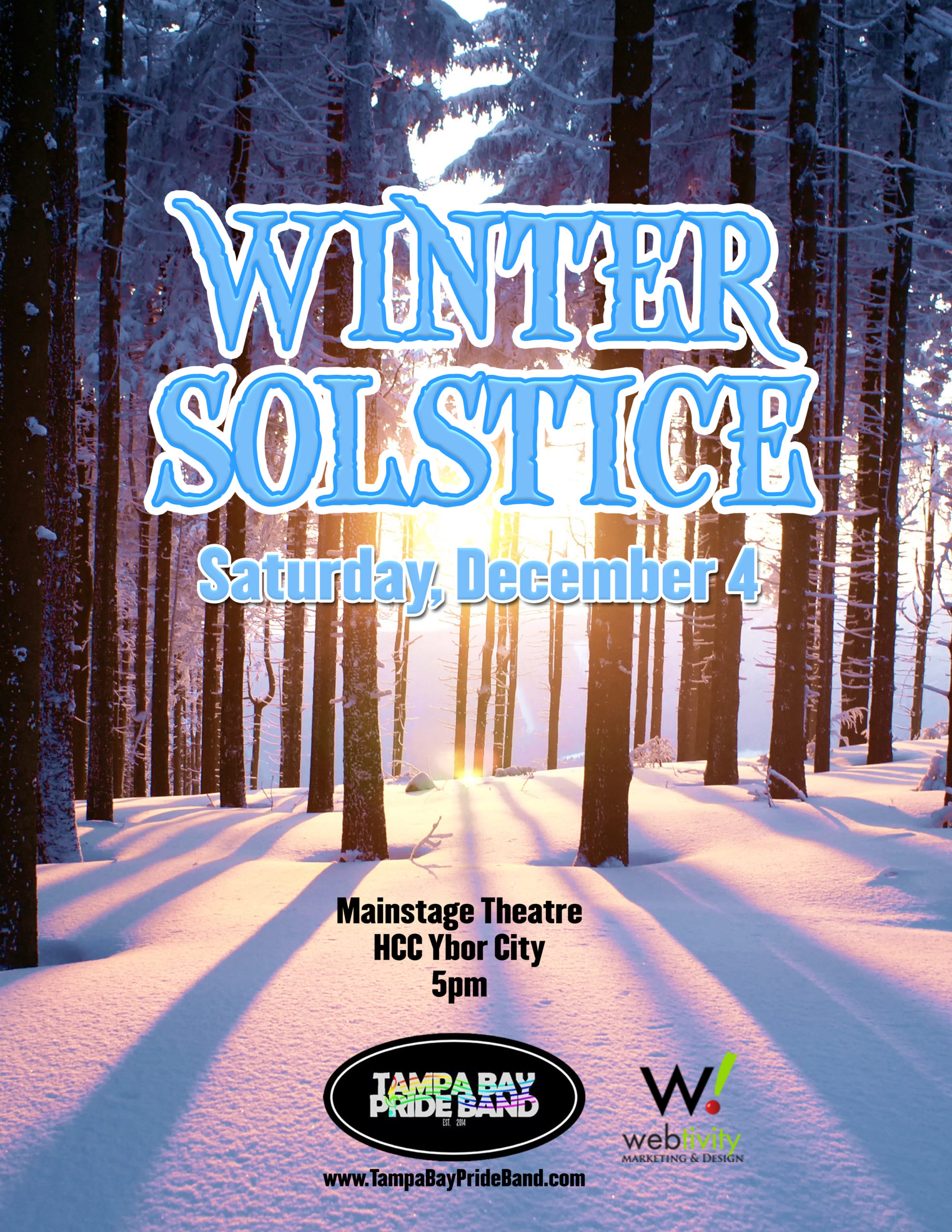 We are a concert band, marching band, jazz band and colorguard made up of LGBTQ+ members and allies supporting the Tampa Bay area and LGBTQ+ community through the performing arts since 2014.